Forty-seven countries participated in the contest. Azerbaijan, Finland, Ireland, Kazakhstan, Montenegro and Romania returned after last participating in the twentieth edition. Egypt also took part for the first time since the nineteenth edition.

Bulgaria (i/bʌlˈɡɛəriə, bʊl-/; Bulgarian: България, tr. Bǎlgariya), officially the Republic of Bulgaria (Bulgarian: Република България, tr. Republika Bǎlgariya, pronounced [rɛˈpublikɐ bɐɫˈɡarijɐ]), is a country in southeastern Europe. It is bordered by Romania to the north, Serbia and Macedonia to the west, Greece and Turkey to the south, and the Black Sea to the east. With a territory of 110,994 square kilometres (42,855 sq mi), Bulgaria is Europe's 16th-largest country.

Organised prehistoric cultures began developing on current Bulgarian lands during the Neolithic period. Its ancient history saw the presence of the Thracians, Greeks, Persians, Celts, Romans, Goths, Alans and Huns. The emergence of a unified Bulgarian state dates back to the establishment of the First Bulgarian Empire in 681 AD, which dominated most of the Balkans and functioned as a cultural hub for Slavs during the Middle Ages. With the downfall of the Second Bulgarian Empire in 1396, its territories came under Ottoman rule for nearly five centuries. The Russo-Turkish War of 1877–78 led to the formation of the Third Bulgarian State. The following years saw several conflicts with its neighbours, which prompted Bulgaria to align with Germany in both world wars. In 1946 it became a one-party socialist state as part of the Soviet-led Eastern Bloc. In December 1989 the ruling Communist Party allowed multi-party elections, which subsequently led to Bulgaria's transition into a democracy and a market-based economy.

Sofia is the capital of Bulgaria. Sofia has been an area of human habitation since at least 7000 BC. Being Bulgaria's primate city, Sofia is a hometown of many of the major local universities, cultural institutions and commercial companies. Sofia is one of the top 10 best places for start-up business in the world, especially in information technologies. Sofia is Europe's most affordable capital to visit as of 2013.

The city is at the foot of Vitosha Mountain in the western part of the country. Being in the centre of the Balkan peninsula, it is midway between the Black Sea and the Adriatic Sea, whereas the Aegean Sea is the closest to it.

The 24 April 2017, the host city was revealed, and the arena choose is Arena Armeec in Sofia. Arena Armeets is an multi-purpose indoor arena located in Sofia, Bulgaria. It has a seating capacity of 12,373. For concerts it can grow to 17,000. It was originally called Arena Sofia before the Bulgarian insurance company Armeets purchased the naming rights until 2017. There are 887 parking lots, 614 of them placed in a central exterior parking, 231 placed in near streets and 42 designated for disabled people. 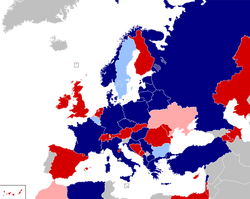 47 countries confirmed their participation in the contest. This included Azerbaijan, Finland, Ireland, Kazakhstan and Romania who will all return after being absent last edition. Egypt returned after last participating in the nineteenth edition.

The contest featured thirteen representatives who also previously performed as lead vocalists for the same and/or different countries. Lucy returned after having previously represented Armenia in the ninteenth edition. The5 returned for Algeria after failing to qualify for the final in the seventeenth edition. Jana Kask and Roby Fayer have both returned after previously taking part in the sixteenth edition representing Estonia and Israel, respectively. GJan from Lithuania took part for the third time after having taken part in #07 and #14, just as Anabela from Bosnia & Herzegovina, who took part in #01 and #15, in the latter representing Montenegro, Mária Čírová, who took part in #04 and #13 and Zhanar Dugalova, who took part in #07 as part of KeshYOU and #11. Nevena Božović and Zhana Bergendorff have previously taken part in the tenth edition representing Serbia and Bulgaria, respectively. The return of Eleni Foureira after the eighth edition saw the country Greece achieving another top 5 placing. Kaiia, who was performing under the name Kaya for Moldova in this edition, took part in the fifth edition. The North Vision Song Contest 8 winner Julie Bergan, who as well represented Norway in the sixth edition has returned to the contest.

Twenty countries participated in the first semi-final. Faroe Islands, Morocco and Ukraine also voted in this semi-final. The highlighted countries qualified for the final.

Twenty-one countries participated in the second semi-final. Belgium, Bulgaria and Sweden also voted in this semi-final. The highlighted countries qualified for the final.

Twenty-six countries participated in the final, with all forty-seven participating countries eligible to vote.

Retrieved from "https://nvsc.fandom.com/wiki/North_Vision_Song_Contest_22?oldid=48613"
Community content is available under CC-BY-SA unless otherwise noted.